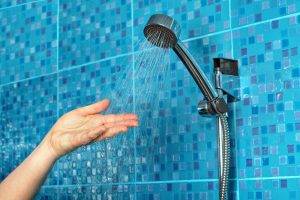 As one of the largest uses of water and most constantly used plumbing fixtures in a house, showers can face many problems as they age. Some of these issues are not an immediate cause for repair like others, but they can still be annoying and will need fixing eventually. The best option for dealing with any shower issue is calling a plumber in North London or your local area. Within North London, you may even want to refine your search to look for help in Barnet, Finchley, or Islington.

One of the most common issues people face with their showers is bad water pressure that seems to get worse over time. This is caused by a blockage or clog in the pipes. If you have old pipes in your home, you may want to think about calling in a plumber in North London to come and check the pipes for any obstructions. Bad water pressure can also come from a blockage in the showerhead which can be fixed by either a good cleaning of the water spigot holes or by total replacement of the showerhead. Cleaning is a task you can do yourself, but if you need to replace your showerhead, a quick call to a plumber in Barnet can ensure it’s installed properly and doesn’t leak.

Another issue people tend to face is the lack of constant hot water. This could be a problem outside of the shower itself like with the hot water heater or boiler. It could also be due to a lack of insulation in the pipes. In the cold winter months, improper insulation can greatly affect water temperature in both showers and sinks. No matter where the problem lies, a plumber in North London is your best bet for fixing it quickly. You do not want to be mistaken and go to replace an entire shower and the problem was actually elsewhere.

Sometimes though, a shower is so old and worn down that a total replacement is necessary and the all-around better option. The seals around the wall and shower might be breaking down and the shower floor might be cracking. You might even have limescale and hard water build-up that is too far gone to clean. This would require the help of a professional plumber in North London. Replacing a shower is no easy feat and you want to make sure it is done correctly. At Plumbers4U, we’re experts in installing new showers, or even total bathroom installations, so you know you’ll be in good hands.

A plumber will also be able to help you choose the right shower and the right tools so you are not faced with similar problems in the future. An example would be if your shower is prone to hard water build-ups, what is the best cleaning solution for the area of build-up? A plumber in Finchley could have all the answers you need. No matter the exact shower problem you face, calling a plumber will have your shower as good as new in no time at all.